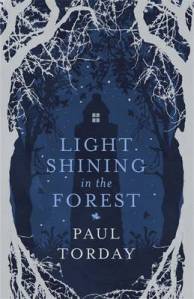 Title: Light Shining in the Forest

On the Shelves: Fiction> Crime/Suspense

Norman Stokoe has just been appointed Children’s Czar by the new government. He sells his flat and moves up north to take up the position. However before his first salary cheque has even hit his bank account, new priorities are set for the government department for which he works. The Children’s czar network is put on hold but it is too late to reverse the decision to employ Norman. So he is given a P.A. and a spacious office in a new business park on the banks of the Tyne. He settles down in his new leather chair behind his new desk, to wait for the green light to begin his mission. The green light never comes. What does happen is that two children go missing. As Children’s Czar, surely this case should fall within his remit, but Norman has built a career on doing nothing, on stamping pieces of paper with ‘send to the relevant department’. Now, faced with a campaigning journalist and a distraught mother, he is forced to become involved. The search will take him to dark places and will make him ask questions about the system he is supposed to uphold (Goodreads 2014)

END_OF_DOCUMENT_TOKEN_TO_BE_REPLACED

Title: The Girl on the Train

On the Shelves: Fiction> Suspense/Thriller

A debut psychological thriller that will forever change the way you look at other people’s lives.

Rachel takes the same commuter train every morning. Every day she rattles down the track, flashes past a stretch of cozy suburban homes, and stops at the signal that allows her to daily watch the same couple breakfasting on their deck. She’s even started to feel like she knows them. “Jess and Jason,” she calls them. Their life—as she sees it—is perfect. Not unlike the life she recently lost.

And then she sees something shocking. It’s only a minute until the train moves on, but it’s enough. Now everything’s changed. Unable to keep it to herself, Rachel offers what she knows to the police, and becomes inextricably entwined in what happens next, as well as in the lives of everyone involved. Has she done more harm than good? (Goodreads 2015)

END_OF_DOCUMENT_TOKEN_TO_BE_REPLACED

Time for the weekly meme hosted by Broke and the Bookish once again, this week, in the spirit of the season, we have been asked to list our top ten Halloween-esque recommendations!

Mine are all books I have read and recommend, and I split them into three categories: Horror, Paranormal and Suspense. I don’t read much “horror” so I was pretty limited from what I have read, but I think it is a decent list 🙂

END_OF_DOCUMENT_TOKEN_TO_BE_REPLACED

Britt Pfeiffer has trained to backpack the Teton Range, but she isn’t prepared when her ex-boyfriend, who still haunts her every thought, wants to join her. Before Britt can explore her feelings for Calvin, an unexpected blizzard forces her to seek shelter in a remote cabin, accepting the hospitality of its two very handsome occupants—but these men are fugitives, and they take her hostage.

In exchange for her life, Britt agrees to guide the men off the mountain. As they set off, Britt knows she must stay alive long enough for Calvin to find her. The task is made even more complicated when Britt finds chilling evidence of a series of murders that have taken place there… and in uncovering this, she may become the killer’s next target.

But nothing is as it seems in the mountains, and everyone is keeping secrets, including Mason, one of her kidnappers. His kindness is confusing Britt. Is he an enemy? Or an ally? (Goodreads 2014)

END_OF_DOCUMENT_TOKEN_TO_BE_REPLACED

On the Shelves: Fiction> Crime/Thriller/Mystery

On a warm summer morning in North Carthage, Missouri, it is Nick and Amy Dunne’s fifth wedding anniversary. Presents are being wrapped and reservations are being made when Nick’s clever and beautiful wife disappears from their rented McMansion on the Mississippi River. Husband-of-the-Year Nick isn’t doing himself any favors with cringe-worthy daydreams about the slope and shape of his wife’s head, but passages from Amy’s diary reveal the alpha-girl perfectionist could have put anyone dangerously on edge. Under mounting pressure from the police and the media–as well as Amy’s fiercely doting parents–the town golden boy parades an endless series of lies, deceits, and inappropriate behavior. Nick is oddly evasive, and he’s definitely bitter–but is he really a killer?
As the cops close in, every couple in town is soon wondering how well they know the one that they love. With his twin sister, Margo, at his side, Nick stands by his innocence. Trouble is, if Nick didn’t do it, where is that beautiful wife? And what was in that silvery gift box hidden in the back of her bedroom closet? (Goodreads 2014)

END_OF_DOCUMENT_TOKEN_TO_BE_REPLACED 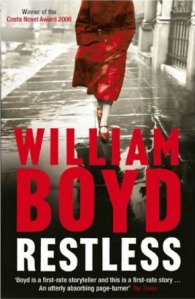 On the Shelves: Fiction> Crime/Mystery

It is Paris, 1939. Twenty-eight year old Eva Delectorskaya is at the funeral of her beloved younger brother. Standing among her family and friends she notices a stranger. Lucas Romer is a patrician looking Englishman with a secretive air and a persuasive manner. He also has a mysterious connection to Kolia, Eva’s murdered brother. Romer recruits Eva and soon she is traveling to Scotland to be trained as a spy and work for his underground network. After a successful covert operation in Belgium, she is sent to New York City, where she is involved in manipulating the press in order to shift American public sentiment toward getting involved in WWII.

Three decades on and Eva has buried her dangerous history. She is now Sally Gilmartin, a respectable English widow, living in a picturesque Cotswold village. No one, not even her daughter Ruth, knows her real identity. But once a spy, always a spy. Sally has far too many secrets, and she has no one to trust. Before it is too late, she must confront the demons of her past. This time though she can’t do it alone, she needs Ruth’s help. Restless is a thrilling espionage novel set during the Second World War and a haunting portrait of a female spy. Full of tension and drama, emotion and history, this is storytelling at its finest. (Goodreads 2014)